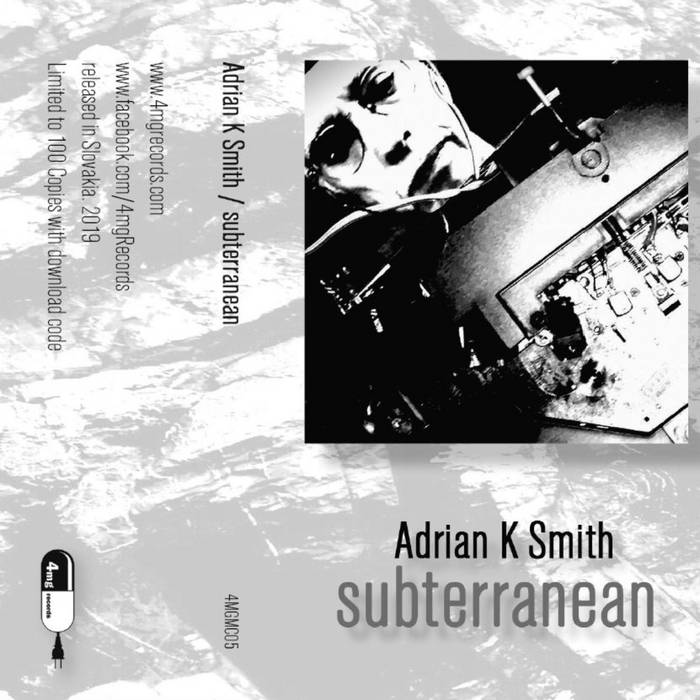 Adrian Smith: "Some of the music for Subterranean came from recordings I made between 1979 and 1988.
Edits were taken from "Electronic Music" (1978),
"Music From The Maze" (1981) and "Nada" (1988) and added
to work recorded between 2000 and 2019; these were then
edited and recorded onto tape before being disected and
rearranged into the final mix. Because of the varied quality
of some of the recordings (and my total disregard for track
separation) compression and equalisation turned out to be
very problematic, but considering some of the material came
from cassette tapes which had been sitting in a dust covered
box for 40 years, I hope you'll take these problems into
consideration before you press PLAY."

Recorded and mixed by AKS at the
Department of Polyrythmic Experimentation. February-April 2019

Bandcamp Daily  your guide to the world of Bandcamp

Khruangbin and Greg Foat stop by with their amazing new LPs.